Prince William Proposes in Kenya .... and with a Colored Stone

Just as his grandmother before him had learned that she had become Queen of England whilst she was in Kenya, Prince William proposed to his long term girlfriend Kate Middleton whilst he too was in Kenya 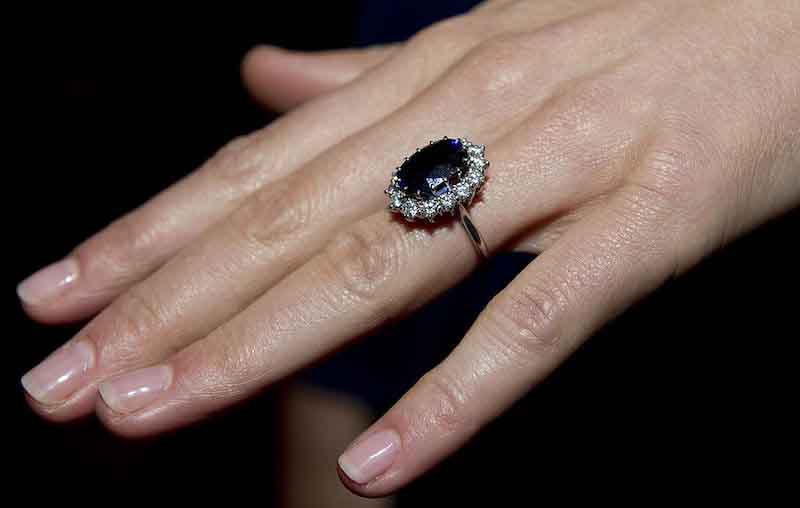 Just as his grandmother before him had learned that she had become Queen of England whilst she was in Kenya, Prince William proposed to his long term girlfriend Kate Middleton whilst he too was in Kenya.
Whilst staying at the 55,000 acre Lewa Private Estate, William ostensibly flew Kate high up the slopes of Mt Kenya to propose on the shores of one of the mountains stunning glacial lakes at over 12,000 feet, close to the famed ice caps. By choosing Kenya and a Sapphire, Prince William has eloquently joined our two loves – this beautiful, wild part of the world and the majesty and lure of colored gemstones.
The engagement ring first belonged to Prince William’s late mother, Princess Diana.   It features a spectacular 12 ct oval Ceylon Sapphire surrounded by 14 Diamond brilliants, all set in 18k white gold.  It was created by former Crown Jeweler Garrard & Co.

WOULD LOVE ONE... BUT CAN'T AFFORD ONE?
Yes, I now the feeling! It’s a gorgeous, classic ring and though the British Royal Families budget is over most peoples, it doesn’t mean that you can’t have one. The same design would be sensational using a Tanzanite as the center stone instead. A fine, top grade Tanzanite would easily match the color of a fine Sapphire but a fraction of the cost…

Above is a stunning Tanzanite and Diamond Ring recently designed by Sheelagh Zagoritis of The Rare Gemstone Company featuring a phenomenal 6.45ct oval Tanzanite wreathed in glistening Diamonds.