Specialists in the finest 1% of Tanzanite Mined

If you are looking for a very special Tanzanite that is out of the ordinary, that is extremely rare and of a pedigree that very few people will ever own or even see, then we are the specialists... The Rarest Tanzanites - There exists, in Tanzanite mining lore, a rare class of stone the miners call “Nadra”, meaning “The Rarest” in their native Swahili. A miner may find only a handful of these coveted crystals in a year. These Tanzanites have a color not normally seen in the main market. Their color is beyond the normal grading scales.

Just as certain gem types have their pinnacles - blue sapphire from Kashmir for example has a color saturation and tone mix that makes it unique and highly coveted, not only for its rarity but superior beauty. This is how these particular stones are regarded.

Our Investment Grade Collection - Our Tanzanites are cherry picked from the mouth of the mine by GIA Gemologists, chosen out of literally thousands of carats of Tanzanite production. This gives our Investment Grade Collection a pedigree that very few people will ever own or even see. If you are looking for the highest grade in Tanzanite, the very top 1%, we are the specialists. We are one of the largest dealers at the source, seeing thousands of carat of Tanzanite production a month. Only the very finest 1% of these are selected for our online collection. Read More +
SHOP THE TANZANITE COLLECTION Become a Tanzanite expert 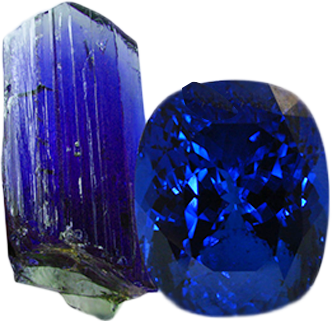 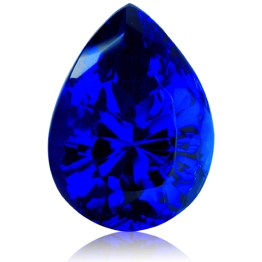 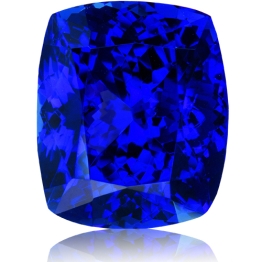 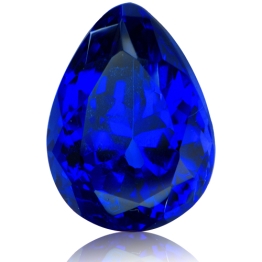 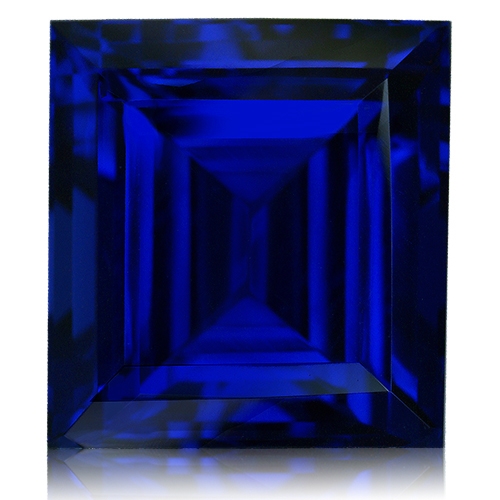 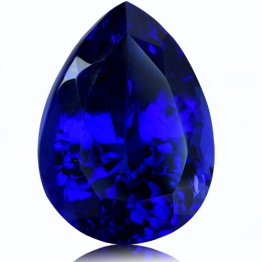 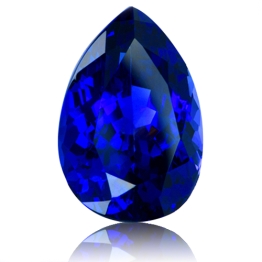 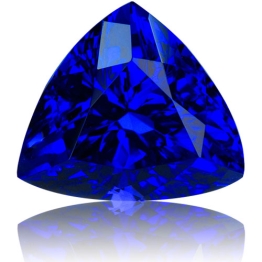 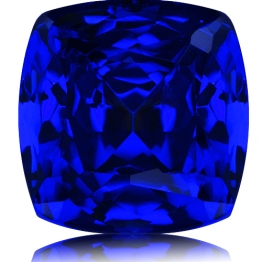 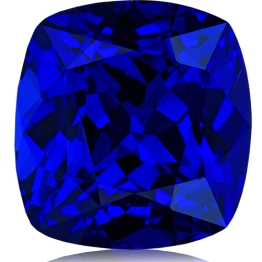 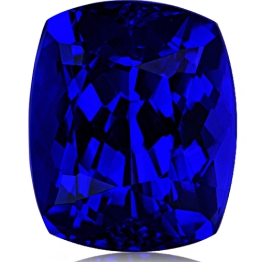 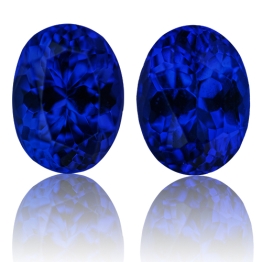 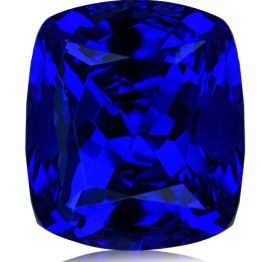 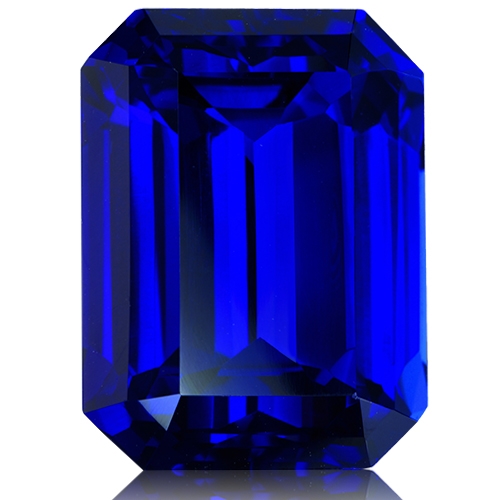 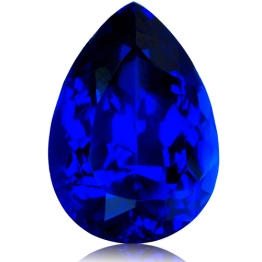 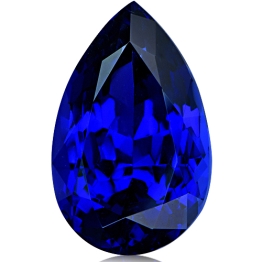 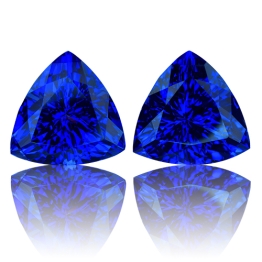 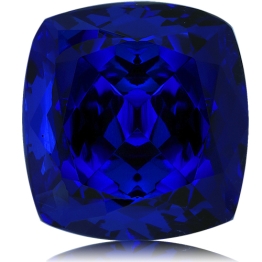 An in depth look at Tanzanite mining in Block D. Take a journey to the Tanzanite mines with us and really find out how Tanzanite is mined by plucky artisanal miners.

Is Tanzanite Worth Anything?

Tanzanite’s value and worth is dictated by a number of factors. The 4 C’s of value – Color, Clarity, Cut and Carat govern all gemstones and Tanzanite is no exception. Color Quality is the most important value factor and contributes the most to Tanzanite’s worth. Our article on Color and Value in Tanzanite explains all. Next is clarity – how clean a Tanzanite is, and whether it contains inclusions or flaws has a big impact on how much a Tanzanite is worth. See our article on Tanzanite Clarity Thirdly, Cut Quality is an important value factor. Badly cut Tanzanites command a lower price than well cut ones for a number of reasons. Our GIA Gemologist written article on Tanzanite Cut as a Value Factor will make you an expert.

Tanzanite is a very rare gem, in fact it is one of the world’s rarest gemstones.It is found in only one location in the world – a place called Merelani in Tanzania.The mining area has been divided into 4 blocks by the Tanzanian government – A,B,C and D.It is also one of the worlds’ most popular and sought after gems and as the supply diminishes and becomes mined out, Tanzanite’s rarity increases.This is the reason it is considered to be a viable investment gemstone.This article on Tanzanite as an Investment Gemstone explains how Tanzanite’s rarity makes it attractive to investors.

Is Tanzanite Blue or Purple?

The answer to this question is – both! Tanzanite is a trichroic gemstone and has several axes of color – brownish red, purple and blue.The brownish red color is removed by heating and the blue and purple axes remain. All Tanzanite has a modicum of both colors but the dominant hue is a result of which axis the cutter places the table of the Tanzanite.Additionally, the light source affects the colors you see within Tanzanite – more incandescent light will bring out the purple axis.This article on Tanzanite color and trichroism explains all in detail.

Is Tanzanite a soft stone?

Tanzanite has a reputation for being a soft stone.However, this needs to be considered in context.There are 2 scales used by gemologists to judge a gemstone’s durability – The Mohs Scale which judges a gem’s susceptibility to scratching relative to other gem types) and the Toughness Scale(which measures how easily a gemstone chips or cracks relative to other gem types). The reason Tanzanite is considered to be a soft stone is because it is 6.5 to 7 on the Mohs Scale.Hence, it is more susceptible to scratching relative to harder gems like Ruby & Sapphire (9 on the Mohs Scale). However, in context, it is much less susceptible than many other gems also used in jewelry like Opal and Amber.Scratches can be polished off with very little loss of weight if a Tanzanite does become heavily scratched over time.If it is just the table which is scratched, this can be done whilst the Tanzanite remains in the setting but if the stone is more extensively damaged It will likely need to be removed from the setting, repolished and then reset. This article on Caring for your Tanzanite gives further tips and advice on this subject. Additionally it rates “Good” on the Toughness scale which makes it much less likely to chip or crack than Emerald for example.The toughness scale relates to a gem’s atomic bond and how strong these are. As such, Tanzanite is unlikely to chip or crack unless subjected to large blows or pressure. Steam cleaners can also cause cracks in Tanzanite so make sure your jeweler never uses one to clean your stone.

What is the best color of Tanzanite?

A common question is whether blue or violet Tanzanite is the best color.Generally any discussion on Tanzanite color quality centralizes around the issue of color saturation as this article on Color in Tanzanite and How it Affects Quality explores in depth. However, in the trade, Tanzanites cut on the blue axis command a premium, as generally if a cutter chooses to orient the table on the blue axis he sacrifices weight he would not, had he cut it on the violet axis.This is because the blue axis is invariably the thinner of the 2 on a Tanzanite crystal.

Is Tanzanite going to run out?

Yes, Tanzanite is going to run out. Tanzanite is only found in one place in the world – Merelani in Tanzania.This single deposit has been mined since the late 1960’s and the tempo of mining has increased in recent years as Tanzanite has become more popular and coveted in gem markets around the world.The latest market being China who’s billion plus people and historical love affair with gemstones present a massive draw on the remaining reserves.Whilst there is no exact geological date being put on when Tanzanite will run out, 10 – 15 years is a generally accepted timeline. This obviously depends on a variety of factors, including rate of mining, increase in demand and government legislation. One other notable factor is the possibility of discovering another Tanzanite deposit.Whilst this does remain a distant possibility, geologists have placed the chances of finding a new deposit at a million to one due to its complex structure and chemical makeup. As a result, Tanzanite is widely considered to be an investment gemstone as our article on Tanzanite as an Investment Gemstone explains.

Is Tanzanite more rare than Diamonds?

Ever since the marketing campaign of the early 2000’s entitled “A Thousand Times more Rare than Diamond” was released, people have been fascinated by Tanzanite’s rarity.The most successful marketing campaign in the history of the gem trade was the one run by De Beers “A Diamond is Forever” which made Diamonds synonymous with engagement rings and rarity. The truth is that your average Diamond is not really that rare. They are mined in large quantities in many locations around the world.Clever marketing and a tight control on supply by powerful cartels have artificially inflated prices and perceptions of rarity. Tanzanite also currently sells for a price much lower than Diamonds but is considerably rarer, being found in only one location in the world in Tanzania.There is no cartel controlling prices and it is a good time to buy, before a supply crunch forces up prices.

Is Tanzanite a Birthstone?

Tanzanite is the birthstone for December.It is actually the first gemstone in 100 years to be added to the birthstone list(with Spinel also being added a few years later). It shares the December slot with 2 other blue gems – Blue Zircon and Turquoise.Read more about birthstones in our Birthstone Article.

Is Tanzanite Precious or Semiprecious?

Up until the last 20 years, gemstones were strictly divided into “precious” and “semi precious” with only Diamond, Emerald, Ruby and Sapphire being considered precious stones.However, gemologists and the trade have largely dropped these terms with the discovery of new and very rare gem types like Tanzanite, Paraiba Tourmaline and Tsavorite.Additionally, previously common gems have become rarer, contributing to this trend.If you have just spent $20,000 on a 25 carat top grade Tanzanite, you would probably feel that the term “semi precious” didn’t describe your gemstone very well! Similarly, even though Ruby is a rare gem, a low grade Ruby is significantly less “precious” than a high grade Tanzanite or Tsavorite.Tanzanite is only found in one place in the world (Tanzania) and is a highly coveted gem worldwide – as such, even under the old nomenclature, it would certainly have been considered precious.