We have been cutting some of the world’s finest Tsavorites since 1974. Based at the source, we cherrypick the finest pieces...

Tsavorite for the Discerning Buyer - We been involved with the mining and cutting of rough Tsavorite for over 40 years. We have had the honor of cutting some of the finest and largest Tsavorite to have come out of the mines including a spectacular 16 carat top color cushion cut Tsavorite that carried the distinction of being over twice the size of the Smithsonian's prize piece.

Many sites offering Tsavorite today subscribe to the "volume" approach and offer large quantities of lower grade stones at very low prices. Lower and medium grade Tsavorite are considerably lower in value and rarity than the top grade which we specialise in. If you are looking for a very high quality Tsavorite then our renowned collection is the perfect place to look.

Tsavorite Rarity - Tsavorite is and always has been, an exceptionally rare gemstone. Only a small amount of fine Tsavorite crystals are found each year and many of these are no more than chippings. Good sized 1-2 carat fine stones are difficult to get and the 2+ carat fine Tsavorites are very rare indeed. This is definitely a precious stone of the caliber of which heirlooms are made.

An Ancient Gemstone Indeed - Tsavorite is a relatively new gemstone in terms of market exposure but in terms of geological history it is extremely old. The rocks in which it formed were first laid down over 2 billion years ago. The mighty snow capped Mt. Kilimanjaro, the highest mountain in Africa, was itself only in its infancy when Tsavorite was already old. What could be more romantic than a superb, flashing green gemstone that was in existence long before the dinosaurs trod the earth? 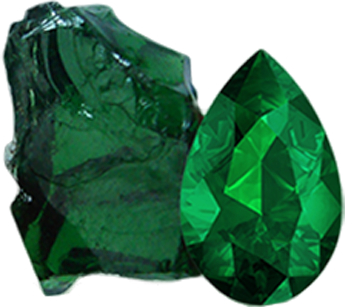 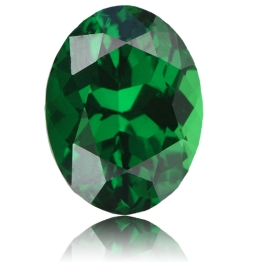 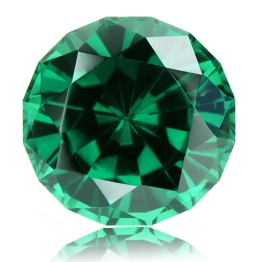 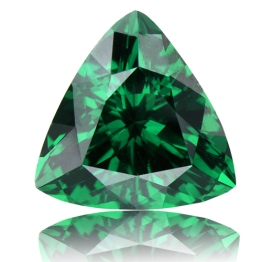 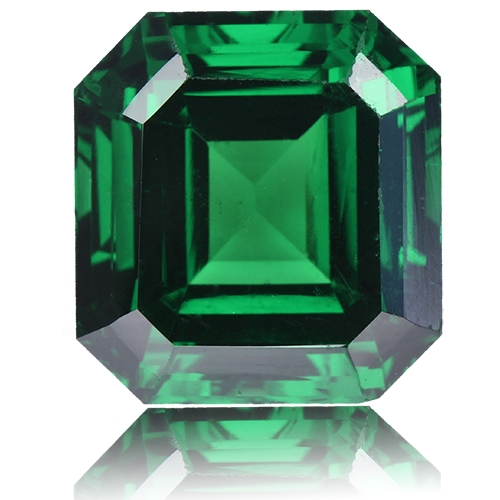 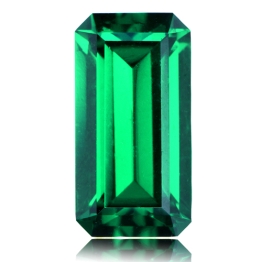 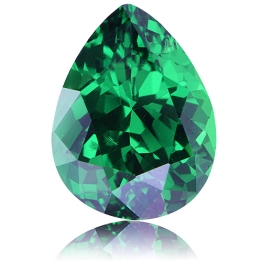 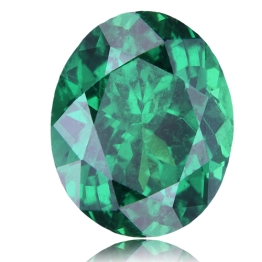 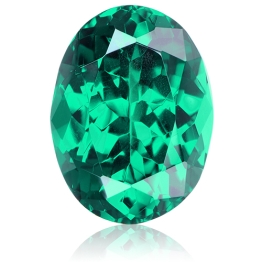 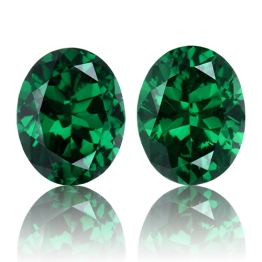 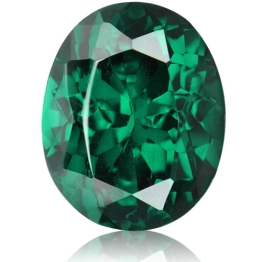 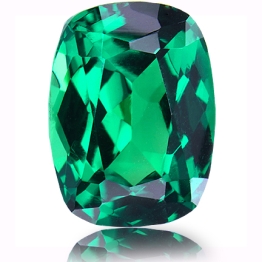 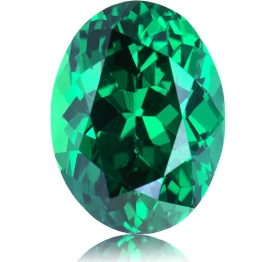 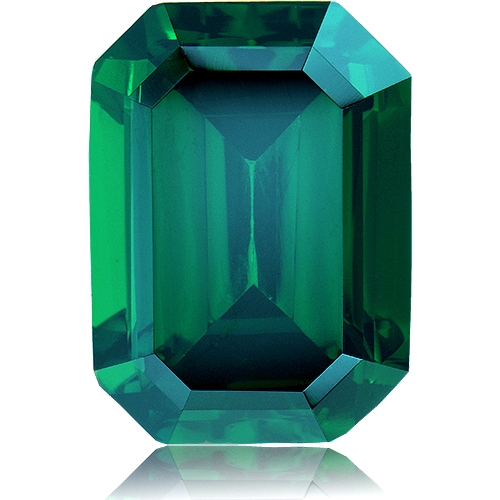 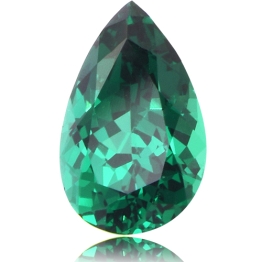 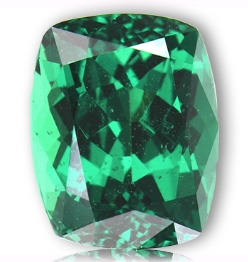 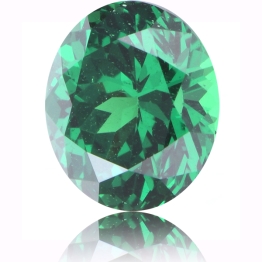 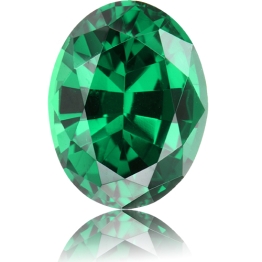 A fascinating exploration into a new Tsavorite mine. Learn how intrepid artisanal miners prospect and mine this elusive precious stone in this candid video.

Where are Tsavorite Garnets Found?

Tsavorite is found only in East Africa. There are 2 main deposits, specifically the Taita area of Kenya near the Tsavo National Game Reserve after which the gem is named, and in the Lemshuko area of Tanzania. The Tsavorite belt is illustrated in this map. The largest Tsavorite mine was the Scorpion mine but this is no longer in operation. Most Tsavorite mines are operated by small scale miners now. Watch our Tsavorite Mining Video above to see how it is done.

Is Tsavorite a Garnet?

Tsavorite is actually a Grossularite Garnet which is a rare form of green garnet. Most people think of Garnet as being red but it actually comes in many colors. Tsavorite is one of the rarest garnet types, the other notable rare garnets being Color Change Garnet and Malaia Garnet. Tsavorite is a Calcium Aluminium Silicate and its beautiful green color is caused by Vanadium and sometimes Chromium.

Tsavorite is a very rare gemstone. Some would say too rare as it is such a difficult gem to mine it is not easily available in the market, especially in larger sizes. This mean many people have never heard of it despite its incredible beauty. It is only found in part of the world – East Africa, specifically Kenya and Tanzania. Fine Tsavorites in sizes over 2 carat are very rare.

What is Tsavorite Worth?

Tsavorite value is dictated by the 4 C’s just like Diamonds. The finer the Tsavorite the higher the price per carat. Tsavorite prices are also driven by carat weight – larger Tsavorites in fine qualities are very rare and hence price per carat increases exponentially as the carat weight increases. . Color and clarity also play a large role in quality. Our article on Tsavorite Buying Guide is very informative on the subject.

Is Tsavorite Precious or Semi Precious?

The trade actually dropped these monikers as they were no longer suitable to some of the new gem discoveries. In the past, precious stones were considered to be Diamond, Sapphire, Ruby & Emerald and all other gems were thought of as “semi precious”. However, fine, large Tsavorites can command up to $8,000 per carat and that cannot be considered semi precious. Discoveries of other rare gems like Paraiba Tourmaline, Tanzanite and fine Flame Spinels which can command stratospheric prices also contributed to this. However, if the old system was still in place, Tsavorite, with its incredible purity, beauty and rarity would most certainly qualify as a precious stone.

People are often curious as to how Tsavorite compares to Emerald. Both are green gems, which is better? On a purely gemological level, the answer would be Tsavorite. It is a more durable gem, has a higher Refractive Index and double the Dispersion of Emerald, meaning that it is generally a brighter and more brilliant gemstone when cut well with none of the durability issues of Emerald. Tsavorite is also rarer than Emerald. Emerald is mined in a number of locations around the world whilst Tsavorite is only found in one place in the world – East Africa.
This video on Tsavorite VS Emerald explains all.

Is Tsavorite a Birthstone?

By virtue of belonging to the Garnet family, Tsavorite is the birthstone for January. It joins its better known red cousins and a variety of other colors. For further detailed information on Birthstones read our Definitive Guide on Birthstones