The world’s finest Rhodolite Garnet is found in various deposits in East Africa, most notably in the Umba River Valley in Tanzania. From the coveted “spirit” colors through to the exquisite raspberry colors, we hunt out the best and brightest...

Rhodolite Garnet is the finest of the red garnets. It is actually a mix of two varieties of red garnet – Almandite and Pyrope which combine to produce a gorgeous purple-red hue which is highly coveted. Its name is derived from Greek “Rhodon” meaning “Colored like a Rose” and indeed the sparkling purple and pinkish reds of the finest pieces fully deserve the comparison.

East African Rhodolite ranks among the best in the world. It is mined in Tanzania in Kangala and in the Umba River Valley, which is world-renowned for the quality of the gems produced there. As most of the production is alluvial in Umba, Rhodolites can literally be picked out of the river. In Kangala, mining is in the open-cast style. It is a barren region - a landscape pockmarked with mine holes fringed by tall, swaying grass and often lined with fruit bats.

This lovely red purple garnet is also mined in Sri Lanka (formerly Ceylon) and a redder variety is found in the USA. The best color however, is acknowledged to come from Tanzania.

Rhodolite is the birthstone for January and it is believed in myth to have magical properties assuring the wearer of love and faithfulness. 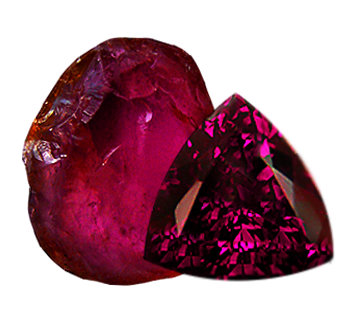 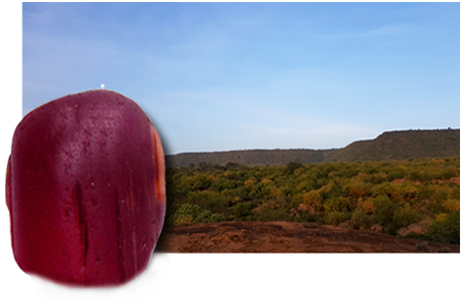 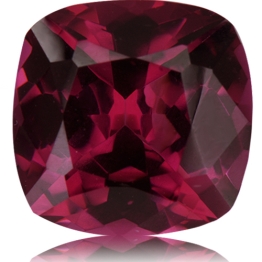 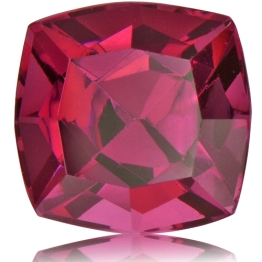 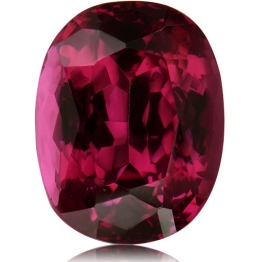 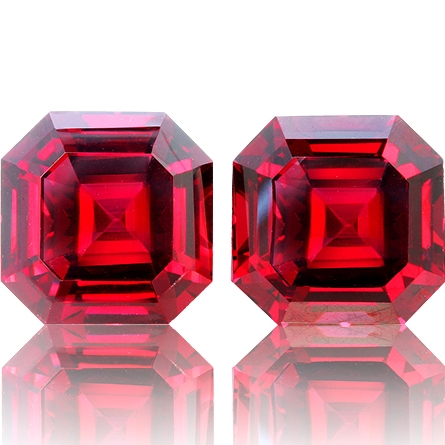 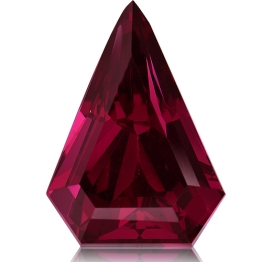 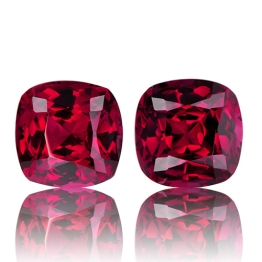 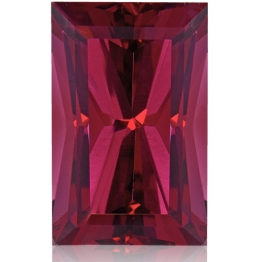 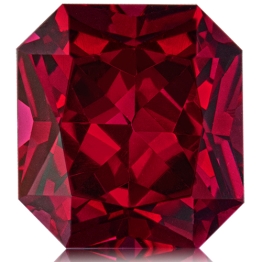 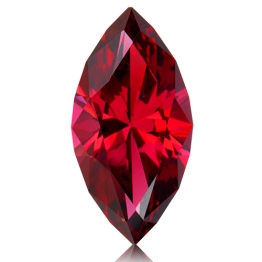 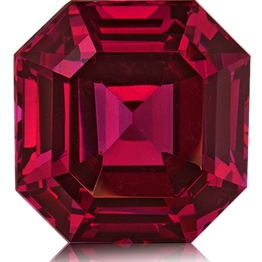 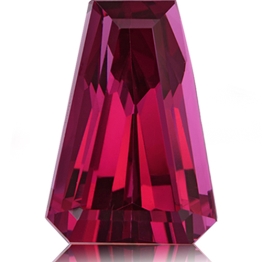 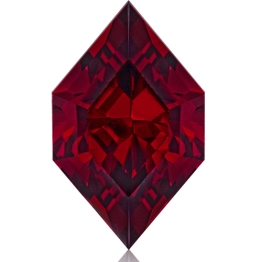 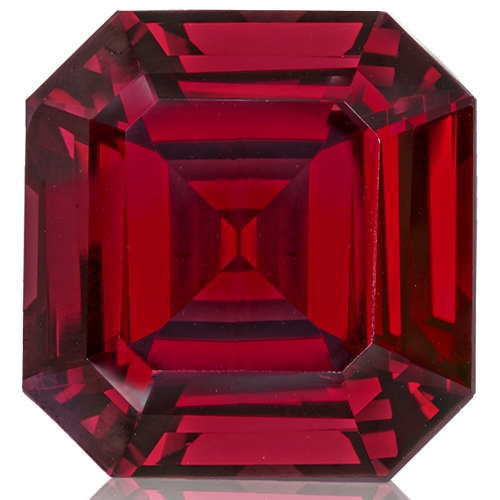 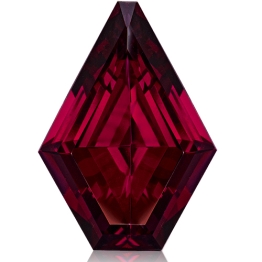 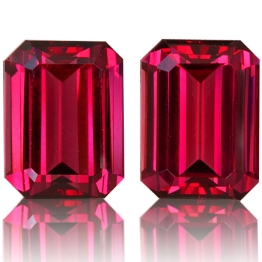 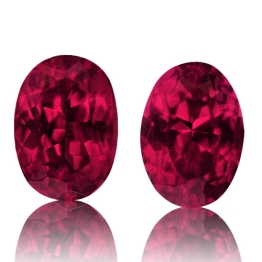 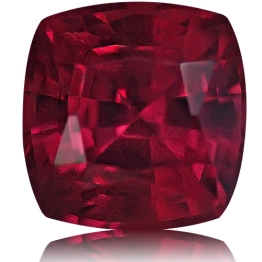 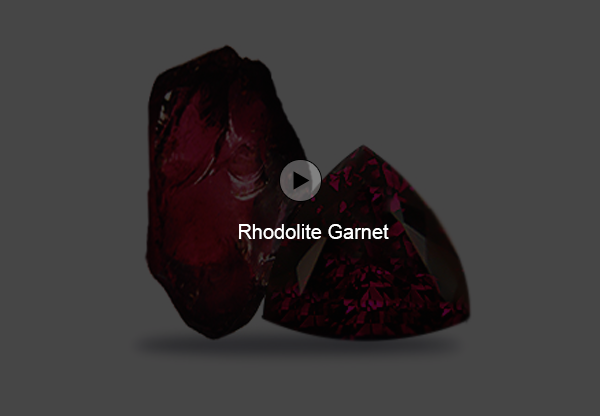 Rhodolite Garnet is the foremost of the red garnet series. Not to be confused with dark reds like Pyrope and brownish reds like Almandite. Rhodolites are stunning, lively gemstones and this video takes a good look at them

What is Rhodolite Garnet?

Rhodolite is the most valuable member of the red garnet series. It is actually a Pyrope-Almandine Garnet and its name is derived from the Greek “Rhodon” meaning “Rose” due to its pinkish hues. It forms in the cubic crystal system, like all garnets and its chemical composition is (Mg,Fe)3Al2(SiO4)3. In the GIA color grading system, it occurs in tones ranging from 2-8 and saturations from 1-6.

Is Rhodolite Garnet Rare and What is its Value?

Rhodolite Garnet in fine qualities is rare. The rarest and most valuable Rhodolites are a medium tone, medium-high saturation strongly pinkish red color known to miners as “Spirit Color” due to its resemblance to gasoline. These were available in the market in the 1980’s and 1990’s and came from the Umba Valley in Tanzania as water worn pebbles but are now extremely scarce and command premium prices. Generally speaking, the more purple/pink a Rhodolite contains, the rarer and more valuable it is. Rhodolite Garnet values range from $50 per carat for the darker stones with a brownish modifier to $200 per carat for very fine pinkish Reds.

Where is Rhodolite Garnet Found?

Rhodolite Garnet is mined in various locations around the world. The principal producers in the world currently are in Africa, specifically Tanzania, Kenya, Mozambique, Malawi. Other countries where it is also found are Brazil and Sri Lanka. Interestingly, Rhodolite was first discovered in the USA – in North Carolina. It was first discovered by a renowned mineralogist called William Earl Hidden in the late 1890's. Hidden is best known for his discovery of a pale green Spodumene which was named Hiddenite in his honor.

What Birthstone is Rhodolite?

As Rhodolite belongs to the garnet family, it is the birthstone for January. See our Birthstone Chart to read up on Birthstones in detail.

How Hard is Rhodolite Garnet?

Rhodolite Garnet is a fairly hard gem. It rates as 7.5 on The Mohs Scale which judges a gem’s susceptibility to scratching relative to other gem types. It rates fair to good on the Toughness scale, which measures a gemstones’ susceptibility to cracking or chipping. As such, it is very suitable for all kinds of jewelry.