The Mozambique Belt is an ancient precambrian rock belt running through the Eastern part of Africa. Its rich geological history means that a wide variety of fine gems formed within it. Some are rare and extremely interesting and we showcase them here...

Africa is the source for some extremely rare and exciting gems. The beauty of Spinels from Mahenge in Tanzania and the magic of Color Change garnets which change color like Alexandrites are sought after by many.

Wonderful neon orange Mandarin Garnets from Loliondo in Tanzania are sporadically mined and we buy and cut these when we see them. Similarly, Star Sapphires from Northern Kenya and Glowing Mint Green Grossular Garnets from Kenya and Tanzania are a treat when available in fine qualities.

We search out these rare gems and include them here. Sometimes we have many, other times we go through periods when nothing is being found in the mines and we have few. Check back often if you are a lover of these rare pieces, as there are some very exciting stones listed a times. 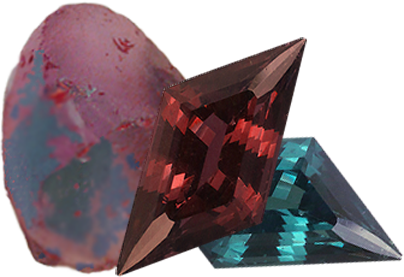 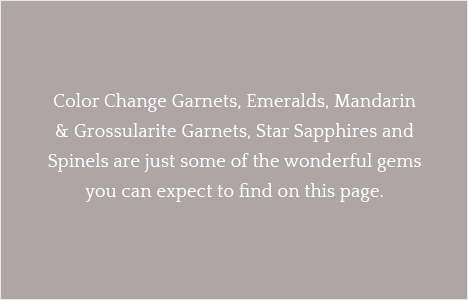 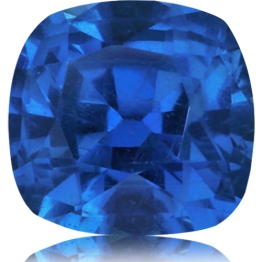 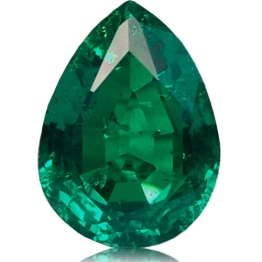 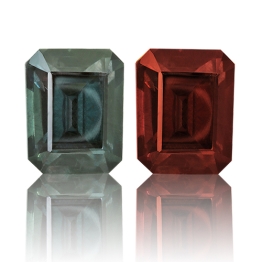 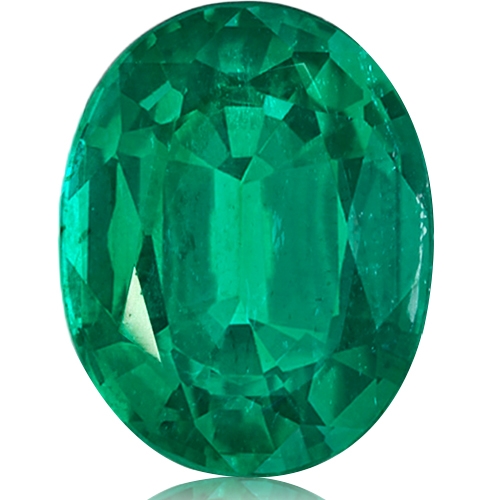 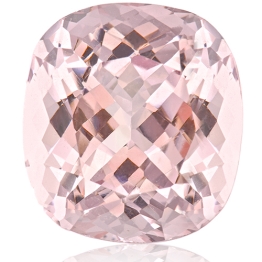 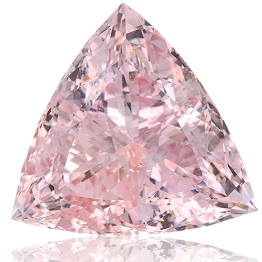 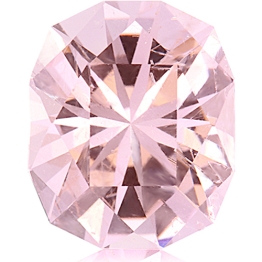 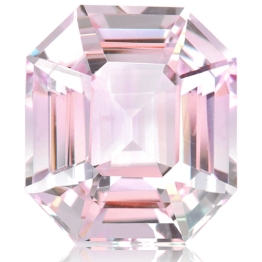 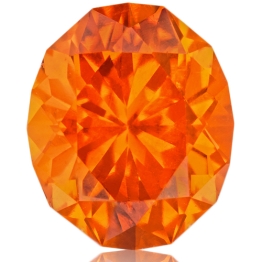 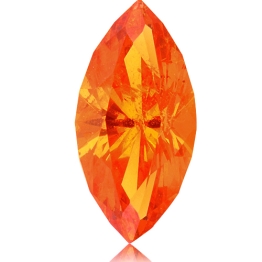 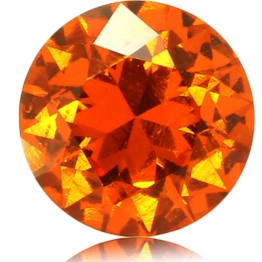 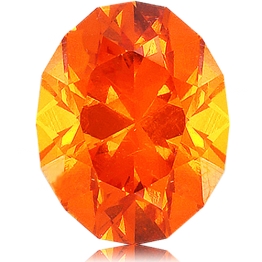 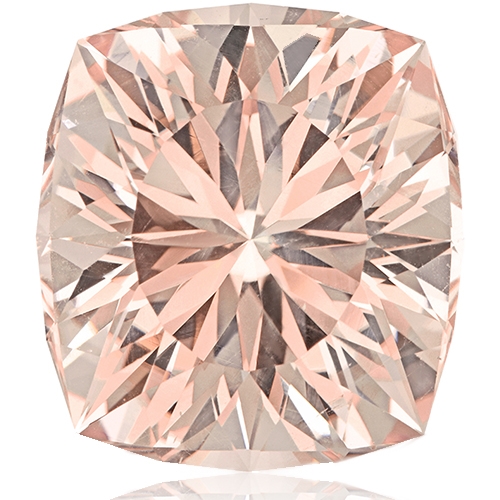 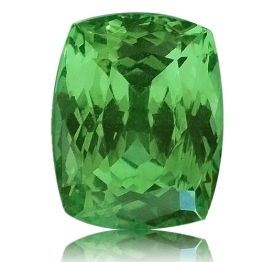 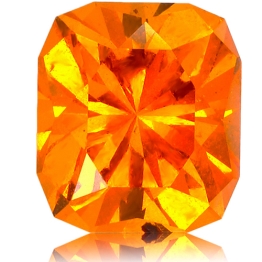 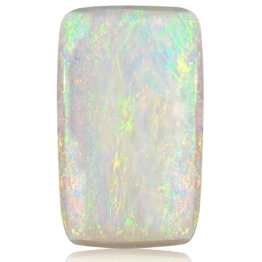 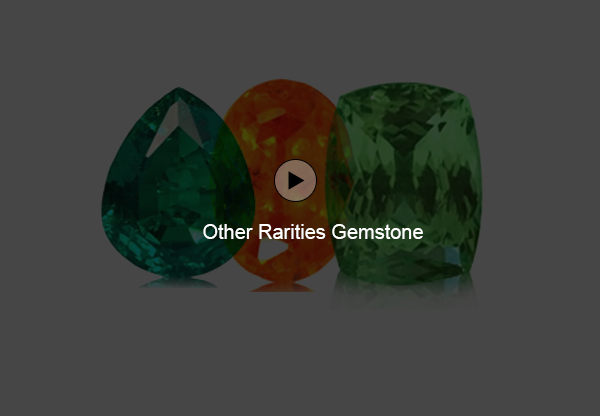 We has been involved with Rhodolite garnet for many years. It was once our main business to export fine Rhodolite selected rough to the various world cutting centers.

What Gemstones are actually rare?

Whilst all gemstones are rare, there are certain species and varieties which are extremely rare. Painite, for example, a dark red mineral, is extremely scarce with less than 1,000 crystals ever discovered. There are many gemstones so rare, that the vast majority of people will never have heard of or never will. In terms of the rarest gemstones known in the gemstone marketplace however, the rarest 10 are : Tanzanite, Paraiba Tourmaline, Color Change Garnet, Alexandrite, Red Spinel, Ruby, Tsavorite, Mandarin Garnet, Emerald, Padparadscha Sapphire.

Color Change Garnet is one of the world’s rarest gemstones. The finer pieces display a complete change from blue-green to deep red when held under white light and incandescent light respectively. In this, they mimic their better known counterparts in the gem kingdom – Alexandrite. In fact they are often mistaken for Alexandrite in the market.

Garnet is a singly refractive gemstone, unlike Alexandrite, which is doubly refractive. As such, it is surprising that it has the ability to effect a color change. For this reason, it is highly coveted by collectors.

Color change garnets are mostly composed of a mixture of 2 garnets - Pyrope and Spessartite. Except for the color change, they are identical in properties to the Malaia Garnet variety, which is only found in East Africa. Hence, it is not surprising that the finest color change garnets are mined in Africa – specifically in Madagascar, Tanzania and Kenya – this article on Color Change Garnet from Kenya delves deeper into the deposit in Kenya

What is Mandarin Garnet and why is it so rare?

Mandarin Garnet is the intense orange variety of Spessartite Garnet. The presence of Manganese in garnet crystals accounts for this incredible orange color. True Mandarin Garnet has only ever been discovered in 3 locations in the world – Namibia, Nigeria and Tanzania.

It is a very rare gemstone and most sources are now mined out, with only sporadic discoveries of small pockets yielding stones to the market occasionally. As such it is a highly coveted gemstone by collectors.

Does Rare Mean Valuable in Gemstones?

Just because a gemstone is rare, does that mean it is valuable? This is a question often asked of our gemologists. The simple answer is “No”. Rarity alone does not bestow a high price on a gemstone. In fact gemstones can be too rare. As with all things in human societies, the laws of supply and demand rule over the price. Hence if there is no demand for a gemstone, because nobody knows about it and subsequently nobody wants it, the price for it will remain low. Conversely, if a gemstone is very rare and the demand is very high and outstrips supply, then the price will be high.

The economics and subsequent pricing mechanism for popular rare gemstones is very different from most consumer goods. Whereas the vast majority of consumer goods devalue over time as new, better products replace them or they become outdated, rare gemstone prices steadily increase in price over time. This is simply a function of demand and supply. Where demand remains constant or increases in the face of diminishing or low supply, prices rise. Rarer, fine Rubies for example, are very limited in the marketplace and supply from mines is sporadic and low. The worldwide demand for ruby and other rare gems far exceeds the supply. As new markets develop, such as China, the demand can grow at an accelerated rate, resulting in an accelerated, correspondent increase in prices. Recently, this increase in price pressure has become evident in the markets.