If you were fortunate enough to be born in the month of December, you are one of the lucky few with this magnificent gemstone as your birthstone. A thousand times rarer than Diamond, the ultimate blue gemstone.

If you were fortunate enough to be born in the month of December, you are one of the lucky few with this magnificent gemstone as your birthstone.

“the most beautiful stone to be discovered in 2000 years.”
Harry Platt, president of Tiffany and Co.

Discovered on the foot hills of the mighty Mt Kilimanjaro in East Africa’s Tanzania and named by Tiffany & Co. after the county of its discovery.   This gorgeous blue gemstone has taken the world by storm.

‘a thousand times rarer than Diamond’…

A very special and truly unique gemstone. Forming over 500 years ago under extreme geological conditions considered to be totally unique and only found within a very small area on the foothills of this spectacular mountain and the chances of it being discovered anywhere else is less than “one in a million”. This, combined with the likelihood of Tanzanite running out completely in the near future, all contributes to the stone’s appeal. 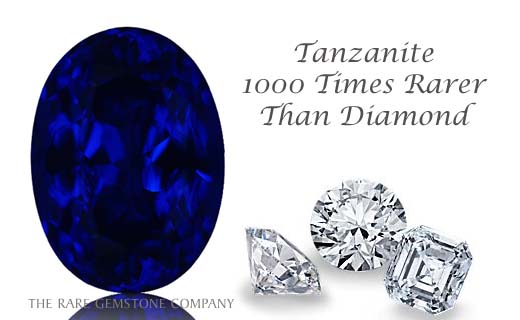 Tanzanite has become incredibly popular since its discovery in 1967 and is now the second fastest selling colored gemstone after Sapphire.  It joined Zircon and Turquoise as the birthstone for December in 2002, the first gemstone to be added to the official birthstone list since 1912.
Initially Tanzanite was purchased as a substitute for blue Sapphire since it was cheaper, but now Tanzanite stands firmly in the gem and jewelry market on its own.

THE LEGEND BEHIND TANZANITE
Legend has it that the spectacular landscape below the towering heights of Mt. Kilimanjaro was set alight by lightning and the heat from this “magic fire” transformed the dull brown crystals on the surface into bright shards of violet/blue gems. The local Maasai tribesmen discovered these striking blue shards whilst walking through the smoke and ashes after the fire ebbed and have since believed that these magical stones will bring them an enriched life. 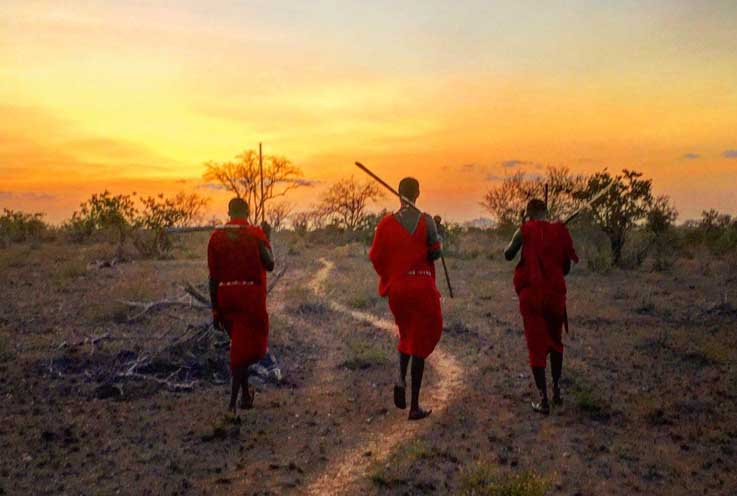 Did you know that Tanzanite was heated? As mentioned above, Tanzanite naturally is a reddish brown color, it is routinely heated to 600 degrees centigrade to remove this color axis and bring out the wonderful blue and violet hues.

Tanznaite has one other unique attribute up its sleeve  -  it is the only gemstone that it is trichroic. Meaning that it has three color axis (angles), blue, purple and reddish brown. Depending on which angle the Tanzanite crystal is viewed at and under which light source the gem will appear a different color. This is why in the evening, under incandescent light (yellow light), the more purple and red hues will stand out and the ‘red flash’ that you so often hear being described in fine Tanzanite is viewed.

Tanzanite ranges in color from pale lavender with light blue hues to an incredibly rich velvety cornflower blue with vivid violet/purple hues. Most Tanzanite that you see set into to jewelry in your mall jewelry stores are the more pastel, lighter colored Tanzaite.  The finest Tanzanite, are those that are a velvety, deeply saturated violet/blue color and compare easily to the finest Kashmir Blue Sapphire  – think Kate Middleton’s gorgeous Sapphire and Diamond engagement ring. 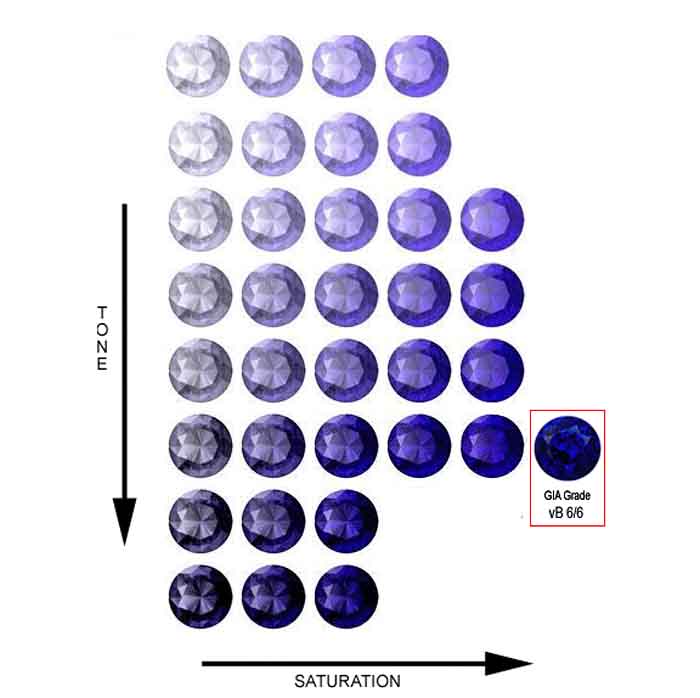 Tanzanite is widely used in all forms of jewelry and looks stunning in every jewelry metal type. Snuggled up with some Diamonds or some other contrasting colored gemstone(s) and you have your self some fine jewelry. It is a little ‘softer’ than other gemstones, coming in at 6.5 - 7 on the Moh’s scale of gemstone hardness, however if you take care of your Tanzanite it will stay gorgeous for a long time to come.

°Tanzanite is said to be a high crystal energy gemstone and are known for being valuable aids for metaphysical healing.

°They are said to be very helpful in all stress related illnesses and transform negative energies into positive ones and know to overcome fear and anxiety.

°They are said to be very magical stones and may connect you with ancient wisdom, they are known to be excellent in meditation as they can increase spiritual awareness and some say they are a very creative stone.