A new discovery in the renowned Taita district of Kenya has taken the gem world by storm. We take a look at the new stone and the discovery.

In early 2009 a new deposit of Color Change Garnet was discovered in the Taita district of Kenya. This area is well known for the variety of minerals found there, ranging from Tsavorite to Ruby. As with many discoveries in this part of the world, the find was uncovered in the most unexpected of ways – a ranch hand had been digging a pit latrine for his family and had hit upon some transparent crystals.

Not being in the trade, the man did not know what they were, but suspected they could be of some importance so traveled the short distance to a nearby town and showed them to an acquaintance who happened to be a gem broker. The broker took them for Alexandrite and before long a full scale mining rush was in progress. Being an alluvial deposit, much of the material is found close to the surface and small scale miners are able to access it without needing a great deal of equipment. However, the area is wild and untamed and mining is not easy.. 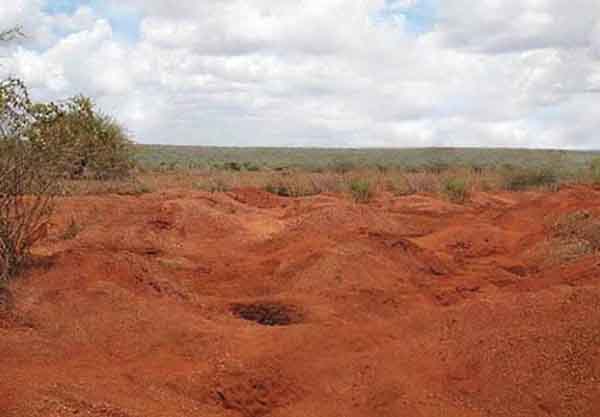 Color Change Garnet Mine in Taita Taveta, Kenya. A small scale miner's pit in the new color change garnet discovery in Kenya
Shortly afterwards, miners started appearing on our offices abuzz with talk of the new discovery. The miners were talking excitedly about the new stone being Alexandrite and there was a real feeling of anticipation that we were on the verge of the next huge discovery.
As it turned out, the stone was not Alexandrite (a variety of the Chrysoberyl species) but a Color-Change Garnet. Whilst to many miners this was a disappointment, as the name Alexandrite carries such a cachet, to the trade and gemologists it was very exciting. Garnet, being a singly refractive gemstone, was until fairly recently not believed to be able to carry off more than a color shift due to its physical characteristics. Here was a garnet with a solid, strong color change – a true Alexandrite mimic.
The vast majority of the production from this alluvial deposit is of low quality – a brownish color and heavily included. Most of this material has very little color change at all – more like a color shift, much like the early Chavia garnet from the same area. 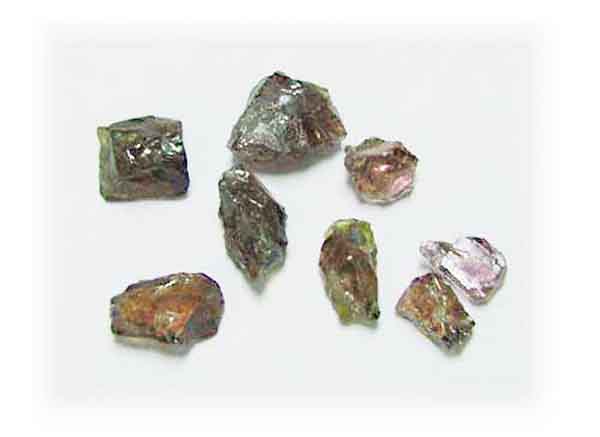 Additionally, in white light, the green color comes with a tinge of blue that even the fine alluvial color change production from the famed Umba Valley would be envious of. All in all, the quality of these pieces is exceptional. 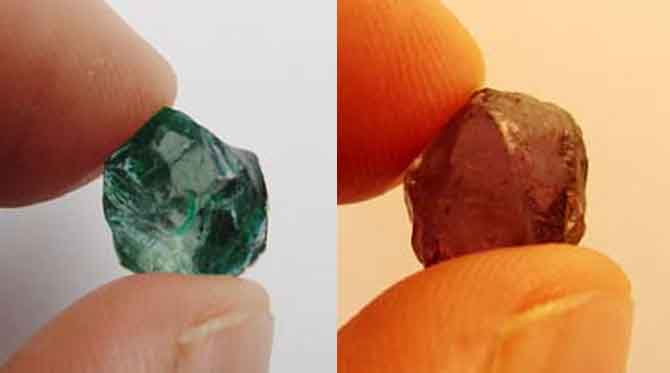 Fine Color Change Garnet Rough. This fine piece of color change garnet from the new discovery is photographed in our offices. Left shows the piece in white light and the right hand photo shows it in incandescent light. The strong color change is evident.

This new deposit is already virtually mined out a year later. Early to mid 2010 have seen virtually no production of finer pieces (although the lower grade material is still being produced). This is not unusual for an alluvial deposit. Even 1 carat pieces in the fine qualities are extremely rare and anything over 2 carats is very exciting.
Miners continue to search for “sister” deposits of alluvial crystals and geologists have taken a look at the area to try to ascertain where the primary deposit may be, but to date there are no new discoveries.