We are bearing witness to the birth of a new star in the gem firmament. Ethiopian Emerald is set to become a world favorite. It deserves to be, it is beautiful. We look at the new find.

“In five years’ time, in 20 years’ time, people are going to be kicking themselves they didn’t buy Ethiopian”

A recently discovered deposit of Emerald in Ethiopia has set the gem world afire. The deposit is in a rugged area of this remote country. Mountains cut through the arid savannah here and it is hauntingly beautiful.
The deposit is located in the south central part of Ethiopia about 15 km south of the hamlet of Shakiso, where Lapigems gemologists travel to purchase the rough from the miners.
Its remoteness explains why it has only just been discovered but its existence is no surprise. The deposit sits in the northern section of one of the gem richest Precambrian rock belts in the world, known as the Mozambique belt which stretches from Mozambique all the way up to the Red Sea.
The belt formed some 650 million years ago during a period of great geological upheaval across African continent when several continents amalgamated to form the supercontinent known as Gondwana.
Some of the world’s finest colored gemstones have been mined from this belt this century and this exciting discovery is an apt addition.
Emeralds from this deposit closely resemble those from the Zambian deposits and also the Brazilian which are also schist deposits. The finest pieces are an intense, electric green with a bluish modifier which is highly coveted in the trade. In fact, the color is so intense that it has been compared to the green Paraiba Tourmalines. 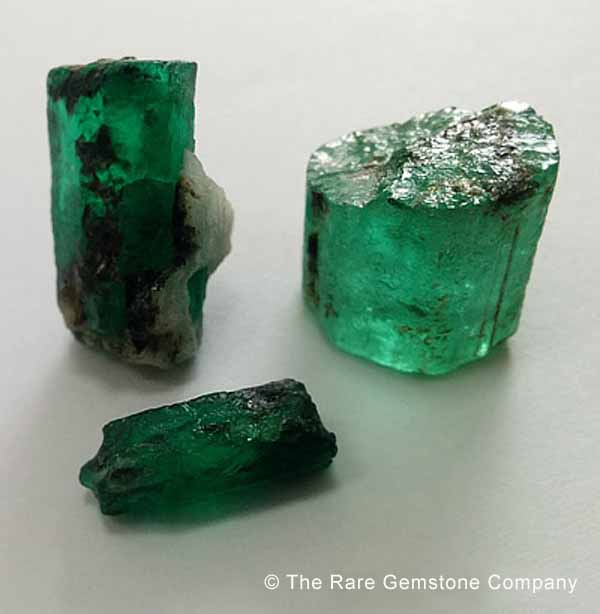 They also share many properties with Columbian Emeralds and like their South American counterparts, they are very high in Chromium which gives them their amazing color intensities.
The finest Ethiopian crystals are also very high clarity for Emerald and do not need oiling, unlike the Columbian material which is extensively treated due to surface touching fissures. 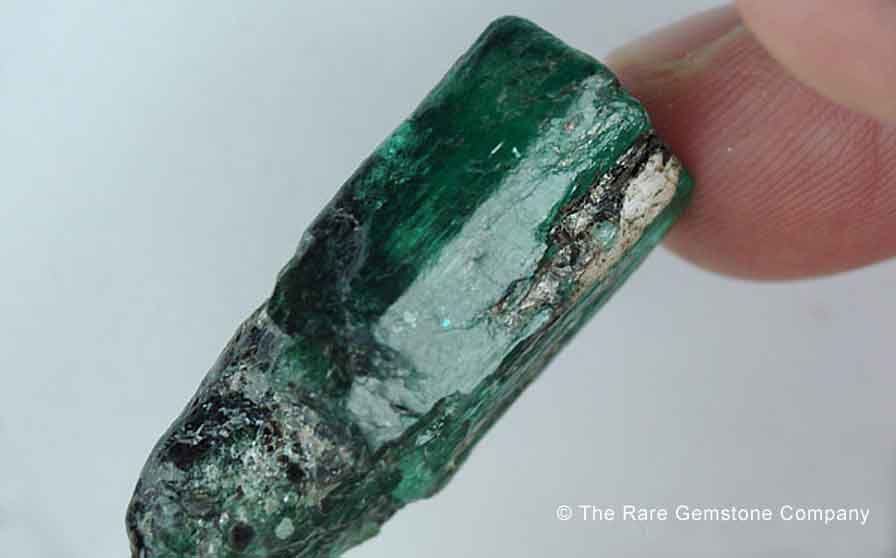 Gorgeous Ethiopian Emerald crystal purchased by us in the very early days of the new deposit.
The finest stones being produced from this deposit rate among the finest in the world and Emerald collectors and enthusiasts are keenly buying up fine pieces. The GIA wrote an illuminating article on these new stones in the Spring of 2017 – Read the GIA Article
Prices
Currently, prices of Ethiopian emeralds are highly competitive as the source is going through its “discovery” phase but this is expected to change as the attractive new material is accepted and embraced in the marketplace, gains in popularity and experiences the normal price increases at the source.
It is currently an excellent opportunity to purchase a fine Columbian quality Emerald at 30-40% of the price of its Columbian counterpart, leading Simon Watt of Mayer & Watt to comment : In five years’ time, in 20 years’ time, people are going to be kicking themselves they didn’t buy Ethiopian”.
Further Reading
https://www.thediamondloupe.com/mining-and-exploration/2018-04-17/ethiopian-emeralds-next-big-thing
https://www.gemsociety.org/article/ethiopian-emeralds/