The Economics of Gemstones

Precious metals and precious stones have been a good store of value for centuries. The recent recession presents a good illustration of why investing in these tangible assets may be a sensible move.

The Role of Gemstones & Gold as Investments

During the 2009 recession there was a widespread fear of looming inflation and hyperinflation. Central banks in the developed world launched "Quantitative Easing" programs which dumped billions into banks there was a concerted push to force money through the system by whatever means necessary.
Now, depending on which school of economic theory you come from, the general rule of thumb is that a massive increase in supply, without a corresponding increase in demand, causes value to drop. Hence, in the case of money, the value of money drops when banks print money in this fashion. The textbook case is, of course, Zimbabwe, where the policies of Robert Mugabe caused the most severe case of hyperinflation on record. The Zimbabwe Central Bank printed a One Hundred Trillion Zimbabwe Dollar note by the time it effectively scrapped its currency in April 2009 and allowed foreign currencies to be used instead.

This is all fairly logical as "easy money" should lead to inflation. However, in the case of the US economy, the broadest measure of money, M3, continued to decline at a rate not seen since the Great Depression. There was no money velocity (speed with which money moves through the economy) and deflation continued to be a more looming threat than inflation.
Why does Gold Outperfom Most Asset Classes in a Recession?
However, despite the prevailing deflationary environment, gold continued to outperform most asset classes. Gold prices headed for record highs during the recession. Traditionally, gold values increase with inflation. The last great run up in gold occurred during the inflationary 1970's, when stagflation in the USA caused massive inflation. Mortgage rates headed for the 20% mark and even gasoline was scarce. 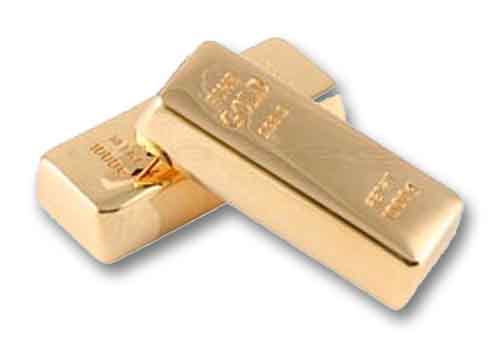 During that period, there was a direct correlation between precious metals and diamond and colored gemstone prices. As gold increased, so did tangible assets. The answer to this anomaly could be that gold is also regarded as a “safe haven” or crisis hedge. In times of uncertainty and/or national crisis, people fear that their assets may be seized and that the currency may become worthless. They see gold as a solid asset which will always buy food or transportation. Thus, in times of great uncertainty, the demand for gold rises. The stock markets function upon confidence and when confidence disappears, markets collapse.

Recent crashes like the one on 6th May 2010 where the Dow crashed over 900 points in a matter of hours create a feeling of instability and people lose confidence in the system. This, coupled with declining real estate markets, has influenced many to invest a small portion of their wealth in something portable, private and rare.
Gemstones as a Tangible Asset Class
Certainly, gold was a huge beneficiary of the current sentiment, however a certain smaller percentage of people are also buying gemstones as a hedge. Collecting fine gems is a relatively new phenomenon in the USA. However, throughout history, examples abound of instances where gems have saved people in times of political and economic crises. Some notable examples are Nazi Germany, Vietnam, Iran, and Hong Kong and even when Imperialist Russia collapsed, gemstones carried by escaping imperialists enabled them to start a new life in other countries.

Political instability, high taxation and currency devaluation, have meant that many people in parts of Asia, South America and even Europe, have long been aware of the significant role that gemstones play in conserving capital. Fine quality diamonds and colored stones have long shown themselves to be excellent long-term hedges against economic uncertainty and currency depreciation.

Rare, fine gemstones represent an excellent and highly portable repository of value. Certainly, this concept seems to be bearing itself out in the market - international collectors and investors have pushed colored diamonds and colored gemstones to record highs at each major auction since the recession in 2009.

In view of the state of affairs and uncertainty of our times, it seems wise to research other areas in which to invest capital. Most financial advisors will suggest that a percentage of one’s portfolio be in hard assets, you could do worse than consider colored gemstones.
.