Egyptian legend maintains that during its formation, Tourmaline passed over a rainbow as it made its journey from the Earth’s center which led to it assuming the seven colors of the rainbow. Tourmaline is mined in a vast array of colors; the widest range of colors of any gemstone in the gem kingdom with virtually every color represented, including black, bi-colors and tri-colors.

TOURMALINE'S UNIQUE FORMATION
Tourmaline is its own gem species, with many different unique types. It forms in an incredible prismatic crystal habit, meaning that it forms in gorgeous long hexagonal 'pencils' within the host rock.

Some can be spectacular!

Image Source: crystalclassics.co.uk; finemineral.com
Tourmaline has many remarkable qualities but one of the most interesting physical attributes is that it has the ability to become magnetic under heat or pressure. When heat is applied to Tourmaline and becomes magnetic, it's known scientifically as Pryoelectric. Similarly, applying pressure to it achieves the same effect, Piezoelectric.
TOURMALINE'S MANY COLORS

The term Tourmaline is derived from the Sinhalese words 'tura mali' meaning 'a stone with mixed colors'. Being dichroic, Tourmaline also has the ability to subtly shift its color depending on the light source as it changes from natural to artificial.

There are many different names given to various colors of Tourmaline, some are official trade names and others are marketing ones.
° Chrome Tourmaline is a very particular striking strong green color and in spite of its name, it’s colored mostly by vanadium. 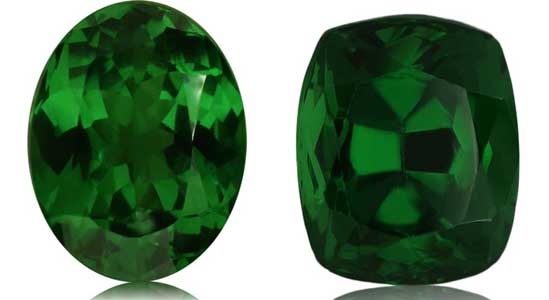 Chrome Tourmaline From The Rare Gemstone Company
° Rubellite Tourmaline is a gorgeous pink/red to purplish/red color, and gets its color from manganese.

Rubellite Tourmaline From The Rare Gemstone Company
° Pink Tourmaline is a within a very specific pink color range. 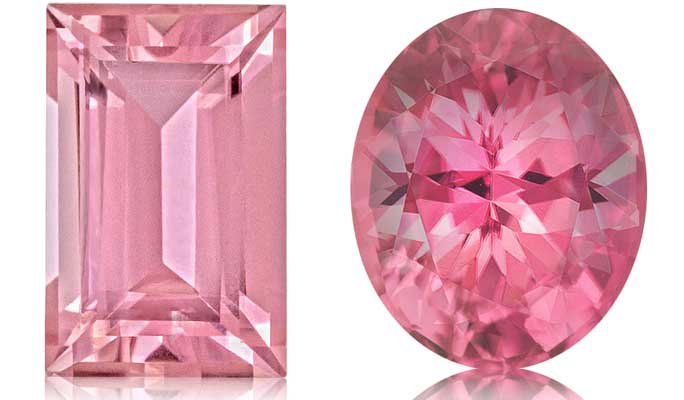 ° Paraíba Tourmaline is an incredible violetish/blue to greenish/blue from the state of Paraíba, Brazil and is colored by copper 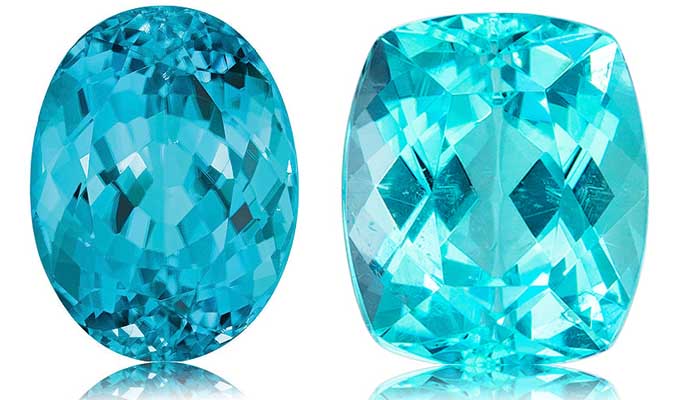 ° Savannah Tourmaline for the gorgeous bright yellows to orange from East Africa, named after the wide African Savannah. 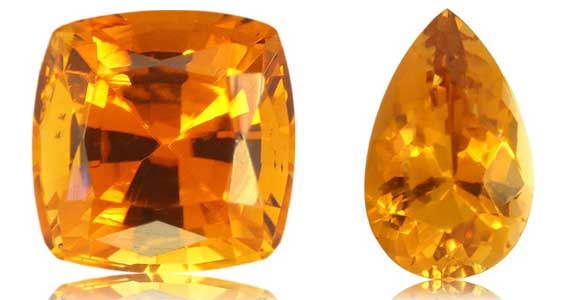 ° Watermelon Tourmaline are a beautiful pink in the center and green around the outside.

° Parti-Colored Tourmaline are stones that display more than one color, the most common combinations is green and pink, but there are thousands of other gorgeous and unique possibilities.

Parti-Colored Tourmaline From The Rare Gemstone Company
WHERE IS TOURMALINE FROM?
Tourmaline producers include Brazil, Pakistan, Russia, Burma, Sri Lanka and the USA. In Africa, the main producers are Congo, Madagascar, Namibia, Mozambique, Tanzania, Nigeria, Malawi and most recently Kenya.

TOURMALINE HISTORY
Tourmaline has probably been used a gem for centuries, but it wasn't until modern mineralogy that it has been properly identified, they were likely to have been mistaken for other gemstones.

Tourmaline became known as an 'American Gem' in the late 1800's due to Tiffany & Co's gemologist George F. Kunz as he praised the pieces that were being found in the deposits of Maine and California.
The supply of Tourmaline began to expand during the first half of the twentieth century, when Brazil began to yielded some large deposits. Then, in the 1950's other countries around the world began to find other deposits.

TOURMALINE JEWELRY
A favorite among jewelry designers due to its amazing wide color range, durability, availability and affordability. Tourmaline can be made into all forms of jewelry and can be set in all jewelry metal types. Due to the huge range of colors and hues any number of color combinations and styles can be created and as with all gemstones, they look stunning set with Diamonds.

° In general, Tourmaline is believed to be an excellent tool for energizing and balancing the chakras.
° Tourmaline aids in understanding oneself and others and promotes self-confidence and diminishes fear.
° Tourmaline releases tension, making it helpful for spinal adjustments and balances the yin and yang in the body.

The energies within the crystals are said to differ depending of the different colors.

Tourmaline's diversity suits all moods, which is why it is regarded as the gem crystal of love and friendship.